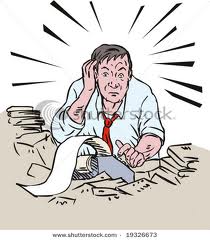 I am asked regularly why has it become so difficult to raise finance and why have things changed so drastically ?

When I established Folio Finance 7 years ago, the economy was flush with cheap money and Banks, Commercial Lenders,  Mortgage Trusts and Private lenders in Australia, couldn’t push their funds out the door quick enough. Commercial Finance sector in Australia was going through its own over inflated bubble. This resulted in more money chasing fewer deals, forcing lenders to take on transactions that were high risk with low return. It was an environment where investors and speculators could venture out and secure investments such as Commercial or Residential Property with little and sometimes no equity and the majority of the risk being transferred from the borrowers to the lenders.  Of course, we all know this ended with many investors losing their investments in what were meant to be “secured” investment schemes with the worst impacts still being played in Europe and North America (where having a loan approved was as easy as confirming you had a heart beat). Thankfully, things didn’t get as “wild” here in Australia and the finance sector, supported by a 1 in 100 year mining boom, was able to sustain the impact of the GFC and now has to deal with some of the obstacles the GFC has created, mainly around funding , liquidity, sustainable profits and growth.

I think it’s always been difficult for SME’s to raise finance through our Aussie Banks. Reality is, Aussie banks have always been Asset lenders and never really a true supporter of small companies unless you had Real Property Security. Of course, any banker will deny this and will tell you that repayment capacity comes before security every time. This may be true but loans are rarely approved on Cash Flow alone.

Many factors influence the decisions made by banks. One of the major influences recently has been the greater Government scrutiny post the GFC . This , along with many other factors have worked in unison to create the current environment of tight credit and higher costs.

Rather than try explain them all, ill detail a few of the major issues making it more difficult for SME’s to attain Commercial Property Finance via the main stream banks.

These are just some of the major issues influencing the local lending market and influencing the lending decisions of the banks. Thankfully, over the past 12 months, a number of Non Bank Commercial Lenders and Private Lenders, have reemerged to take on the banks and provide a variety of options for customers who wish to continue to grow and continue to invest in their future. As these lending institutions don’t have branches and rely on Brokers as their distribution channel,  many of them won’t be known to you.

In the coming posts, we will discuss what some of these new funders have to offer, how their products and service proposition differ from the traditional banks, and some of the key advantages to using these products.

Of course, feel free to leave a comment or ask a question.